Amber Marshall holds her
own as she battles to second place 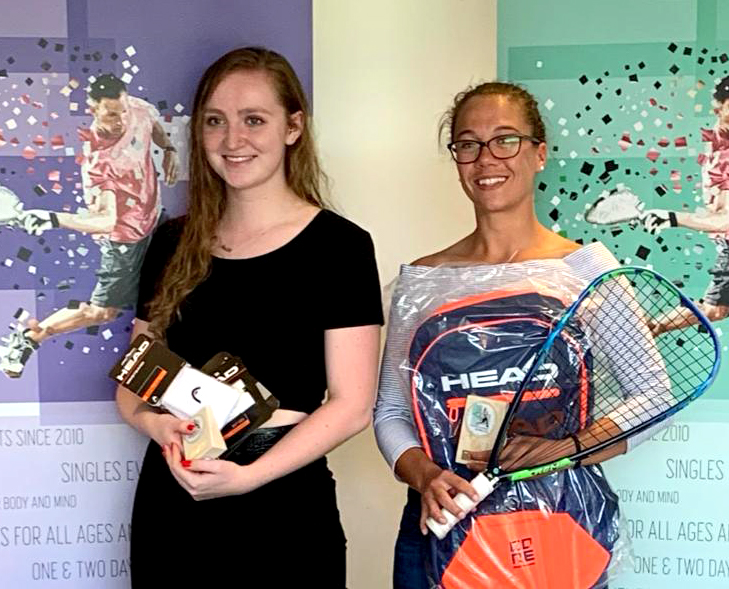 The British National Racketball Championships took place at Edgbaston Priory Club on the 6th and 7th of July.

Amber, seeded 3/4, won her 2 matches on Saturday 3-0 followed by a tough 3-2 victory over the 5/8 seed. She then beat the 2nd seed Natalie Lawrence 3-0 on Sunday in the semi final. Amber then put up a good fight in the final against the number 1 seed Deon Saffrey who is a semi professional squash player and was ranked 43 in the world. Although Amber lost 3-0, she managed to get 9 points in the third game, nearly taking a game off the number 1 player.