Hi everybody, we hope you are well.

We are now getting ready to reopen and are trying to work out, with the relevant sporting bodies, what we can do over the coming two months. Your section committees will keep you up to date on the detailed arrangements in terms of protocols and they will be posted on the club website.

A summary of the current plans is as follows:

At present we are planning on a full and normal Cricket season and the expectation is that training and coaching will resume from Monday the 29th March, with the league being planned to start on the 8th May. The first friendly matches are scheduled for the 10th and 11th April.

England Hockey have not yet advised on what will be allowed and when it will start, we have an expectation and hope that training and possibly friendlies will begin aligned to other team sports on the 29th March.

The latest update from squash England was the 12/3/21 and only allows Squash to be played where courts are being used as part of school curriculum. We hope that squash will reopen in line with Gyms and indoor venues on the 17th May. We will continue to monitor the Squash England website for news.

Tennis will reopen on the 29th March and tennis members will be being contacted by their committee regarding playing protocols and allowable playing formats during this reopening period. Whilst Squash remains closed will also be opening the opportunity for squash members to take up a free temporary membership of tennis until squash reopens.

The following rules will apply:

• This membership is only open to fully paid-up Squash members.
• The temporary tennis option will be free however there will be a court fee per booking (£5 off peak and £6 peak).
• Temporary members will be able to book three days in advance.
• Interested members will need to register their interest with the Admin Office by email and Teresa will add them to the membership category and the booking of courts will be available from the 26th March.

This arrangement will last until Squash reopens (I hope that will be 17th May) when we will revert to current arrangements. We will review the arrangement at the one month point to look at court usage and accessibility for members.

Padel is progressing and we will be providing further information and padel packages as soon as we have a date for completion which we hope will be in June/July.  We are trying to get them in and tennis courts 10 and 11 resurfaced as soon as possible.

The club house will reopen toilet access on the 29th March, please do not use the changing rooms as the protocols within your sports will stipulate that players should arrive at the ground ready to play. This is for everybody’s safety please respect the rules.

We will open the bar for outside service from the 12th April, we are hoping to operate on a one-way system as we did last year, and we are liaising with the licensing and environmental authorities to confirm this approach is acceptable.

The work on the new outside area is well underway and we are aiming to get this finished ready for the 12th April for members to use and enjoy. 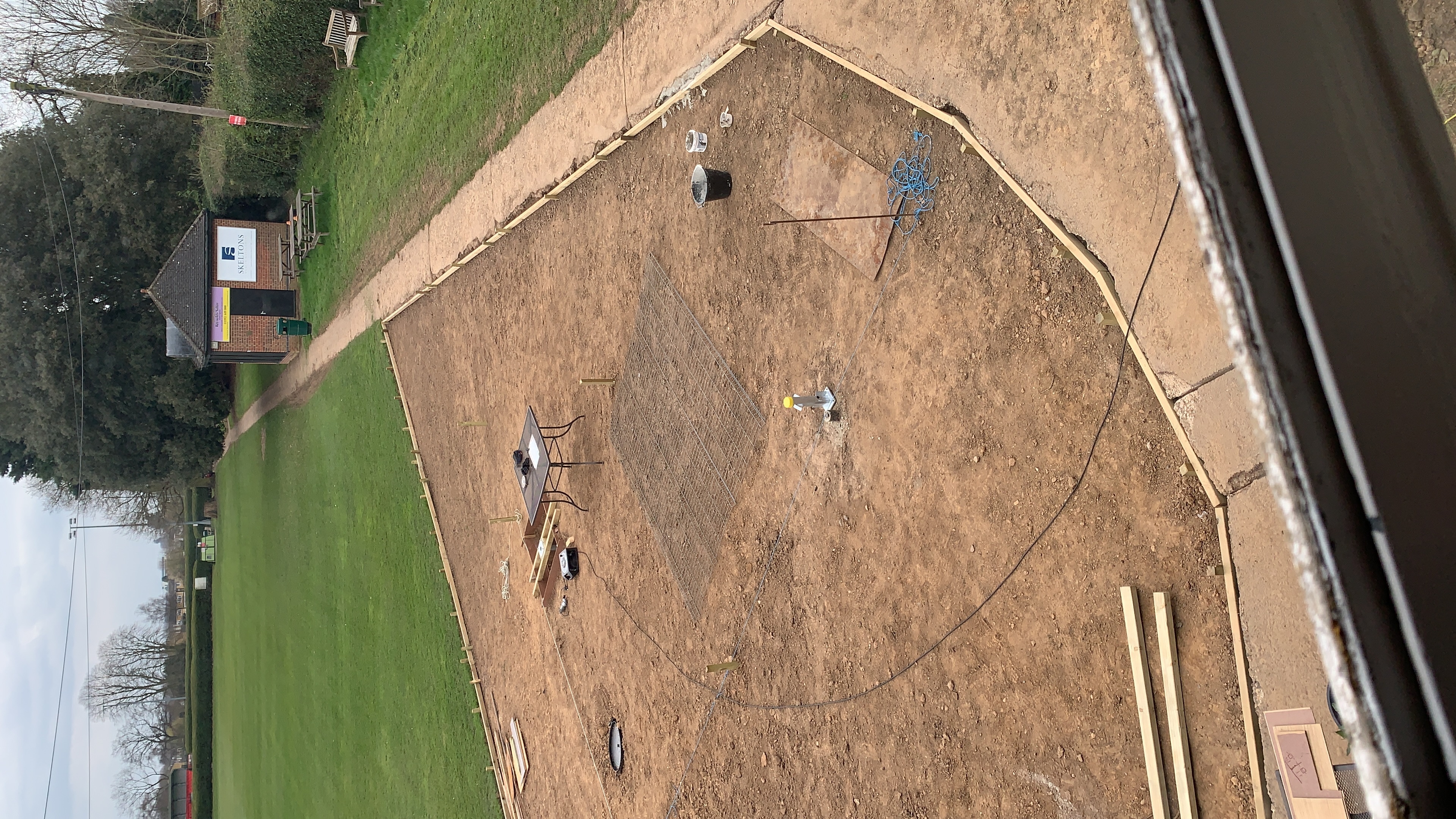 We are planning for the opening of the inside bar from the 17th May as per guidelines. We will be sending out a note on the bar arrangements once confirmed in the next two weeks.

The Gin Festival is planned for the 26th June subject to licensing and we will be selling tickets on the 12th April outside in the new beer garden area from 6pm. Tickets will be on a first come, first served basis. Where possible please try to pay with cash as the club incur charges on card transactions.

The Lashings Festival is confirmed as going ahead on the 16th July if you are interested in buying a table or individual tickets for the day please contact Richard (Budge) Grove email: richard.grove@broxbournecricket.club

Firstly, and most importantly we hope you are all well, it has been a strange time in Broxbourne we are not used to being on national news as the epicentre of something bad. The good news is that we finally coming out of this pandemic.

We have not messaged for a while, mainly due to not having any real news to share. But following yesterdays briefing by Boris we have some light at the end of a very long tunnel and hope that we will be getting back to some normality by June.

We expect all our outdoor sports to return on the 29th March and our respective sporting organisations will provide us with the pathways for each sport over the next week or so.

We are grateful for all those in our sporting sections who have been running coaching and fitness sessions, quizzes etc to help keep everyone in touch and entertained during this last difficult 12 month. You may have noticed an article in last week’s Mercury about our team of BTA tennis coaches who have produced a series of videos which are being used by schools throughout Hertfordshire. Click here to look at some of their work and do pass the link on to any friends or relations who would be interested. We would like to acknowledge the support of Herts Sports Partnership that has helped to fund the production.

On the club front we have been working hard at reducing costs and tracking down every line of funding that is available to us, and to that end we have been successful, and the club will be coming out of this situation in a secure financial position.

Whilst in lockdown we have continued with the projects that we have discussed previously and in the AGM papers. Notably the restructuring of the club, the Padel tennis and refurbishing the building.

The club restructuring is progressing, and we will publish a briefing on this late spring, early summer detailing the reasons for change and the recommended structure with the benefits that will bring.

The discussions with Game 4 Padel have continued and we have now signed a contract with them to install two new Padel courts on what is now court 9.  The survey has been carried out and planning is expected to be applied for either this week or next.  The resurfacing of courts 10 and 11 with tiger turf will happen at the same time as the Padel build and our target is to get this done as soon as possible but expect to be completed during June.

We are also developing a new beer garden area and are investing in two large restaurant/pub style umbrellas with lighting and heating on a new hard standing area in the right-hand corner as you look out from the club house. A drawing/plan will be put on the website.

We will be carrying out all the necessary work required to have the bar ready on the 12th April. With the help of volunteers and contractors where necessary on the outside work we will be raring go into what promises to be a good summer for the club. When we can reopen the indoor area, you will notice the blown windows have been replaced.

Following yesterday’s announcement, we are busy looking at getting as many outside events organised as possible this summer. Early news on that is as follows:

We will add to list as we go but expect it to be a full summer of sport and events.